One of the many benefits of knowing Latin is that it gives you the ability to know what English words mean even when you have never seen them before. But just as important is the ability it gives you to better understand a word you have seen a thousand times.

I was walking through the Los Angeles International Airport recently, and someone was wearing a t-shirt that bore the word “destruction.” It was part of a slogan for a gym, as I recall, but I cannot remember what the rest of the slogan was. What I do remember is that in that instant I had a new understanding of what the word “destruction” means.

The word “destruction” is made up of two Latin words: the prefix de, which in this instance means “undo,” and struo (“to build”), from which we get our English word “structure.”

So the word “destruction” expresses the idea of “an undoing of structure.”

I had always thought of destruction in more dramatic terms—as the shattering, or crushing, or explosion of something. Perhaps it is just my overactive imagination. But all of a sudden, this Latin-induced epiphany brought a very different idea to my mind. It made me realize that destruction can be much less dramatic, more banal than I had always thought.

To destroy something is to take away its structure, its intrinsic organization, its order.

When we destroy, say, a building, how do we do it? We can detonate a bomb underneath it and blow it sky-high. Or we can take it apart slowly, piece by piece. Either way, the more pieces we reduce it to the more thoroughly we destroy it.

And many contend that this is happening in education: If we take away order and organization—if we de-structure it—we will destroy it.

This urge to destructure has been the origin of much of modern education theory. Efforts to dispense with the orderly operation of the classroom, prescriptions for education reform that involve the avoidance of an orderly approach to academic subjects, and anything else that detracts from the ordering of the mind of the student: These are the things that can bring destruction to the education enterprise—and have.

It would be far better, modern theories assert, if students were given “choices” as to what they study and were allowed to roam the classroom freely. Teachers, too, should be given free rein and allowed to teach what they want. 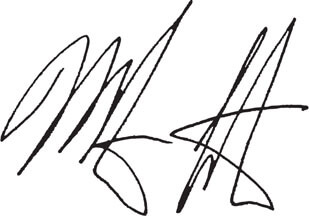 Martin Cothran is the Director of the Classical Latin School Association and the editor of Memoria Press's Classical Teacher magazine. He is the author of several books for private and home schools, including Memoria Press's Traditional Logic, Material Logic, and Classical Rhetoric programs, as well as Lingua Biblica: Old Testament Stories in Latin. He is a former Latin, Logic, and Rhetoric Instructor at Highlands Latin School in Louisville, Kentucky. He holds a B.A. in philosophy and economics from the University of California at Santa Barbara and an M.A. in Christian Apologetics from the Simon Greenleaf School (now part of Trinity University). He is widely-quoted on educational issues and other issues of public importance, and is a frequent guest on Kentucky Educational Television's "Kentucky Tonight," a weekly public affairs program. His articles on current events have appeared in numerous newspapers, including the Louisville Courier-Journal and the Lexington Herald-Leader.